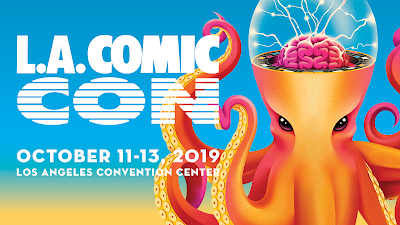 Programming Includes the cast of “The Office” Reunion, Netflix’s Jim Henson prequel “Dark Crystal: Age of Resistance” panel, Disney’s “Maleficent: Mistress of Evil” Cosplay Contest, a “SpongeBob” Panel with Tom Kenny, the Voice of the Character Himself, a Panel of Indie film actors from “Daniel Isn’t Real,” Featuring Patrick Schwarzenegger, and much more!

In 2018, over 106,000 fans joined us in our quest to serve up one of the most diverse and celebrated pop culture events in the US. We play host to 800+ diverse artists and vendors, selling comics, collectibles, art, toys, apparel, and everything in-between. You’ll also get up close and personal with some of the biggest and best names in the entertainment industry with our hand-picked selection of panels, events, and meet n’greet opportunities.

A confluence of comics, gaming, sci-fi, horror, pop culture, and that one obscure thing that you thought everyone had forgotten about; it’s all here and that’s what makes this community worth celebrating. So, join us for another weekend none of us will forget! 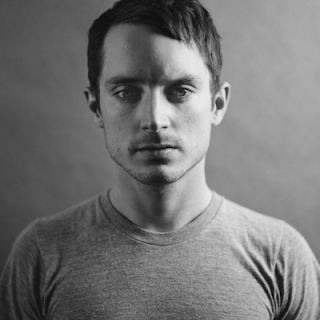 Elijah Wood, best known as Frodo from Lord of the Rings, his starring roles on Wilfred and Dirk Gently’s Holistic Detective Agency,
and the co-founder of the production company SpectreVision is joining L.A. Comic Con for Saturday, October 12th for a Main Stage Panel, Autographs, and Photo Ops!

Los Angeles Comic Con (L.A. Comic Con) celebrates its ninth and biggest year in the entertainment capital of the world at the Los Angeles Convention Center. In 2018, over 106,000 fans joined L.A. Comic Con for celebrity panels, autograph signings, activations, comics, cosplay, and pop culture fanfare. The event plays host to 800+ diverse artists and vendors, selling comics, collectibles, art, toys, apparel, and everything in-between. This year, attendees will get up close and personal with some of the biggest and best names in the entertainment industry with a handpicked selection of panels, events, costume contests, and meet and greet opportunities. Special guests include Ron Perlman, Drake Bell, Gerard Way, and Actor Elijah Wood, who is also the Founder of Company X/SpectreVision, of which Comic Con is produced in conjunction with.

Don your best Saturday morning pajamas, grab a bowl of cereal, and join L.A. Comic-Con, in partnership with Starburn Industries (Rick and Morty), for a showing of your favorite vintage cartoons with toy commercials from the 50’s to the 80’s. The cartoons and commercials will be broadcasted on the Main Stage Saturday morning and throughout the afternoon. There will also be panels and signings, including: “X-Men: The Animated Series” Cast Reunion, including Chris Potter (Gambit), George Buza (Beast), Cal Dodd (Wolverine), Chris Britton (Sinister), Lenore Zann (Rogue), and Series Director, Larry Houston. The panel will be held on Saturday, October 12.

Come dressed in a costume contest paying homage to the formidable queen while attempting to break the Guinness World Record for biggest gathering of Disney villains! Additionally, makeup tutorials will be given so participants can put on their best Maleficent look! Be part of the excitement on Saturday, October 12 from 5:30 p.m. to 7:00 p.m.

A group of Creature Designers will compete against each other in front of a live audience to create puppets and animatronics such as those found in science fiction, comedy and kids' and family shows, with the ultimate winner getting a position with the famed Jim Henson's Creature Shop. Jim Henson’s Creature Shop Challenge Live will begin at 1:30 p.m. on Sunday, October 13, at the Main Stage.

It’s time to clock in at Dunder Mifflin! Members from the cast of the hit TV show, “The Office,” will be on a panel to discuss the show and meet fans. Audience members will also get a chance to take a picture with the cast and receive an autograph from their favorite cast member. Cast members on the panel include Oscar Nuñez (Oscar), Kate Flannery (Meredith), Leslie David Baker (Stanley), Creed Bratton (Creed), and Phyliss Smith (Phyliss). The panel will be held on Saturday, October 12.

Troubled college freshman Luke (Miles Robbins) suffers a violent family trauma and resurrects his childhood imaginary friend Daniel (Patrick Schwarzenegger) to help him cope. Charismatic and full of manic energy, Daniel helps Luke to achieve his dreams, before pushing him to the very edge of sanity and into a desperate struggle for control of his mind -- and his soul. Patrick Schwarzenegger will be joined by Director, Adam Mortimer, at L.A. Comic-Con for a panel to discuss the movie and answer audience questions. The panel will be held on Friday, October 11.

Fans of the hit movie based on the graphic novels of the same name will join Ron Perlman (Hellboy) and Doug Jones (“Mer-Man” Abe Sapien) for a panel and autograph signing. The panel will be held on Saturday, October 11 on the Main Stage.

Calling all Quirks! Voice actors from the popular manga series, “My Hero Academia,” will be on a panel to discuss the show and answer questions from fans. Panelists include Justin Brinner (Deku) and J. Michael Tatum (Tenya Lida), who will be on hand to sign autographs. This panel will be held on Sunday, October 13.

Gerard Way, singer in My Chemical Romance and Creator of “Umbrella Academy,” will be on a panel to discuss the comic the show was based on and his career in the comics industry. Gerard will be appearing on Sunday, October 13.

Actor, Singer-Songwriter, Musician, and voice of Spiderman in the 2012 animated series, Drake Bell will hold a panel to connect with fans and attendees of L.A Comic Con. Drake is attending Saturday and Sunday.

Join Rhett & Link for a stream of Good Mythical Morning on the main stage! Rhett & Link are doing a special show just for L.A. Comic Con that will share what’s new and happening at the Con! The show will be streamed from the Main Stage.

A Petersen Museum exhibit will be at L.A. Comic Con featuring cars from famous movies and television series. Fans will have a chance to take their photos with some of their favorite famous automobiles including:


The Petersen Museum Exhibit will be available all three days of the convention, October 11-13.

Artists Alley is a magical place where fans can interact with hundreds of individual artists, peruse and purchase amazing art, prints, crafts, and more from an incredible array of talent. The Alley is located on the show floor and will be open all three days.

In the spirit of full disclosure, This is a sponsored post. This is an informative post of the product/service/event listed above. This post may contain affiliate linking.
#event celebrity comic con cosplay los angeles 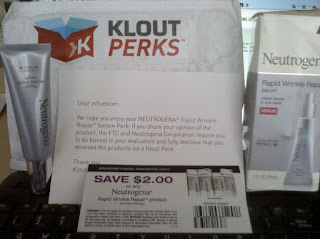 So in life, sharing is key. I am actually having hubby do this product test. He has a huge (his words) forehead wrinkle,deep, that nothing we have tried seems to give him satisfaction that it IS in fact working. Ok, Day 1 pic is in, I will post in 7 days, per  NEUTROGENA®, one week is all you need to see results....


Well as it turns out we saw no visible results and it actually made my hubby's forehead greasy and he broke out with blemishes. we will not be using this product again.
Get Younger-Looking Skin FAST! When you’re seeking anti-aging solutions it can often be frustrating waiting for results. You want a product that works and gives you younger-looking skin fast! That’s why Neutrogena, the #1 dermatologist-recommended anti-aging brand, is offering you the opportunity to try the newest anti-wrinkle innovation and addition to the Rapid Wrinkle Repair™ line - NEUTROGENA® Rapid Wrinkle Repair™ Serum. It’s powered by the fastest retinol available - clinically-proven to instantly… 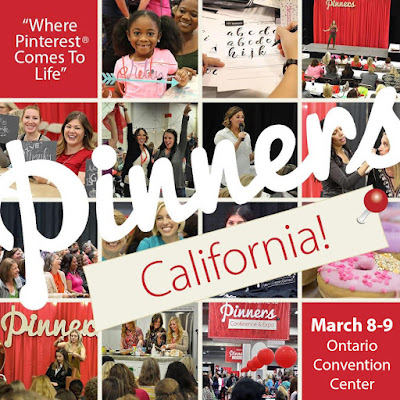 ** Tickets On Sale Now **
LOS ANGELES, CA (January 4, 2018) – For the first time in the Southland, the Ontario Convention Center will host Pinners Conference & Expo California, Friday and Saturday, March 8 – 9, 2019. Pinners Conference is a must-attend event where lifestyle experts connect with those who love to craft, cook, and create.  For two days, guests will have the opportunity to attend more than one hundred classes and presentations covering a variety of topics led by industry leaders.
“Pinners Conference is the only DIY, cooking, crafting and style expo where the pages of Pinterest come to life,” said Roxanne Bennett, CEO.  “We connect consumers with the top influencers in their fields who offer the know-how needed to start (a… 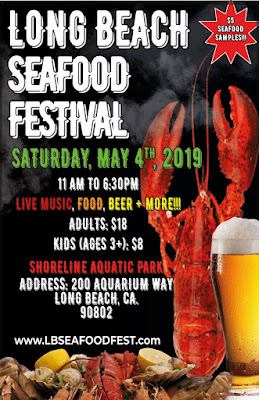 Long Beach Seafood Festival
Seafood lovers from all over California eagerly await the Long Beach Seafood Festival. This event celebrates the region's delicious seafood and unique recipes from local chefs to the finest restaurants throughout Los Angeles and Orange County. This is an all-age outdoor event alongside the Light House in Long Beach, California with a stunning view of the ocean and the Queen Mary.

-Each food vendor will offer their regular full-size meals and a mini $5.00 sample option for purchase so you will be able to sample the different food from different vendors throughout the day.

-There will be plenty of different dessert options to complete your hunger. (Italian Ice, Ice creams, waffles and more!)

-Selected food vendors will be hosting Eating Competitions for Adults & Kids. Win prizes throughout the day.

-Hop on the mechanical bull that will be there onsite throughout the day!

-Fun life-size games such as connect 4 and Giant Jenga. Face painting for Adults and Ki…